An Introduction To Predictive Music Streaming 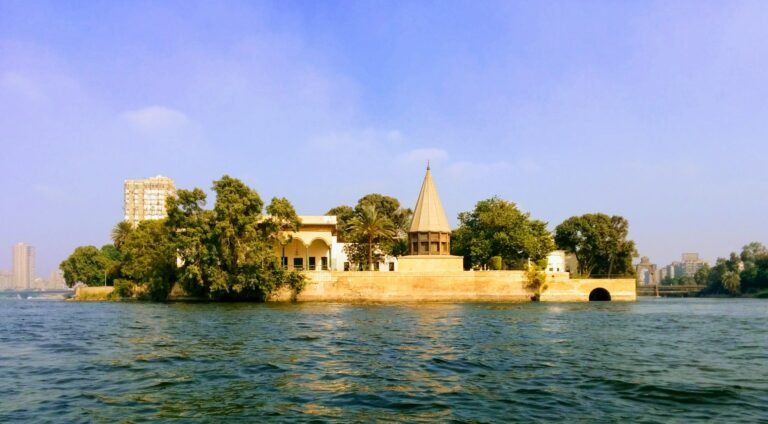 Welcome to our post series on predictive music streaming. In the first post, I shared an overview of what we will discuss.

Where Predictive Streaming is Used

Predictions are used in many areas of business and everyday life, for example in estimating the effects of climate change, fraud detection, adverse patient outcomes, and social media advertising. Predictions are not a new concept but rather a part of our day-to-day history. Looking back, the earliest device used for predictions was the Nilometer. It is used to estimate harvest by linking it to the rise and fall of the Nile in ancient times (600 A.D.) It helped with decision-making on when to raise or lower taxes based on crop yield.

For the purpose of music streaming, predictions are used to forecast a song’s growth behavior over time. For example, using predictive streaming, you can predict whether and when a song may reach an important milestone, let’s say 1 million streams. These predictions are developed with software that applies statistical methods and advanced math. The research is developed by data scientists, machine learning engineers, and researchers.

There are many types of data used in predictive streaming. The most common is artist and music metadata, which are available from public APIs like Last.FM and Spotify, or public databases like MusicBrainz. Typical metadata includes tags about a song such as a genre, sub-genre, artist, song name, etc. Most public databases do not include music consumption data; for example, a song’s play count, downloads, or spins. This information is owned by the rights holders, and is typically shared by distributors or third-party data vendors.

Music metadata is stored in datasets that are similar to excel-like spreadsheets, with rows and columns. New data types emerged in the mid-2000s to represent audio, images, and text in an efficient way. This data is unstructured, and it cannot be saved on an excel-like database or fed into an algorithm in it’s raw format. These unstructured data types are called embeddings which have many more dimensions than simple rows and columns.

Unstructured data, like audio, video, and text are a common date type collected by digital streaming platforms. It can be analyzed and transformed into a format that is easily processed by algorithms. Today, audio data is becoming the gold standard of how platforms analyze consumption behavior of music, speech and podcasts.

The science for understanding and transforming sound is called signal processing, and the most exciting sub-category, to me, is Music Information Retrieval (MIR). MIR is a collection of methods that extracts information from raw audio like genre, tempo, duration, key signature, fingerprinting, and many more.

This technology is used in many businesses today that have large music catalogs. The technology automatically discovers, recommends, organizes, and monetizes media collections. For example, Shazam and The Echo Nest (acquired by Spotify) use fingerprinting. MIR is also used in music creation software like Auto-tune, Serato, Ableton, Logic Pro, and much more.

How Are Predictive Streaming Models Made?

A typical model training process includes acquiring, cleaning, and fitting the audio data into statistical software. Transforming millions of audio files into data that algorithms can understand is called feature extraction. MIR is a perfect framework to transform audio, since we can acquire many meaningful attributes from music files and use them as features for the model. However, it is computationally intensive and expensive. That’s why most AI researchers release custom algorithms as code to public sites, like Github, to offer an efficient approach to reduce the computation time and costs.

After a model is trained on audio data it is then tested on unseen music, and evaluated for fairness and equitable standards. Once it passes a series of tests, it is integrated into a web or mobile application to make predictions. This process is often repeated by machine learning engineers over an extended period, typically three to six months.

To get a sense of this process, below is an example of steps used to develop a predictive streaming model. The specific question we want to answer is — What is the likelihood of my song reaching one million streams within 120-days after its released on Spotify?

The model delivers two types of outputs. First, a simple binary output of a YES or NO. The second is to provide a number from 0 – 1, which is the probability of the song reaching one million streams.

1 – Collect historical data of songs that have reached 1M streams in the first 90 – 120 days after release. We group this dataset and call it positive examples.

2 – Randomly collect another set of songs during the same period of songs that didn’t reach 1M streams. Label this dataset as negative examples

3 – Both examples should contain a representative distribution of the top genres, cultures, and genders in today’s music economy. This part is difficult because it requires meticulous gathering and understanding of the artists and their music.

6 – Develop an AI model that can transform the audio in the combined dataset into features that algorithms can understand. This is a very long and expensive process.

7 – Develop a predictive model to learn and find patterns on the training dataset. This process can take days or hours, depending on the size of the dataset

8 – Evaluate the model on the validation dataset and count the number of times the algorithm was correct and incorrect to find positive and negative examples. This process is iterative and takes months until the algorithm is accurate enough to distinguish between both groups.

Integrating predictive streaming into your decision-making means you must establish a relationship with an AI system, and understand how it makes decisions. This understanding comes with continuous use, especially as you become more familiar with the outputs. Predictive models make mistakes and are not intended to be used to fully automate decision-making.

Most commercially available AI models in music, and other industries, are vague. They do not provide information on how an AI system was trained or the type of data it uses in it’s predictions. This is often hidden.

I advocate to make this information available. Unbias does this by sharing model cards with our customers. With this relationship in place, we believe you will learn to trust AI systems, if you don’t already.

How To Put Predictive Music Streaming To Use

For predictive music streaming to be successful, predictions need to be shared with of all people involved with a project, including the artist. This should happen at a pre-release strategy meeting where you discuss the market viability of the music and all possible outcomes.

These discussions have evolved from simple guessing, to data-driven ideas when making decisions- like whether to release music, or how and where to market the music. By including new predictive streaming insights into the discussion, you can help to make or break the success of a release.  If you can’t estimate how a record is going to perform, you can’t make educated decisions.

An experienced marketer at a major label once told me, “We plan for our artist’s release three months in advance. We know we spent a considerable amount of marketing dollars on this artist’s previous release, but it didn’t perform as expected, and we don’t know why. Because of this, we are hesitant to to commit budget until we see how the new release performs in the first few weeks.”

This is one of many examples of how predictive music streaming can help make decisions in advance. By estimating the likelihood of a song reaching a milestone, there will be a clear path to allocating budget before a track is released, not weeks after. For example, a marketer can plan three months in advance, set forecast expectations, and allocate spending through a pre-defined date to reach goals.

In my upcoming posts, I share more tactical information on how to use predictive streaming prior to a release and how to become data-driven in all aspects of your streaming strategy.

Part 2 – Get To Know Your Music: Building Complete Music Profiles