How Songs Make Pollen — And Why It Matters 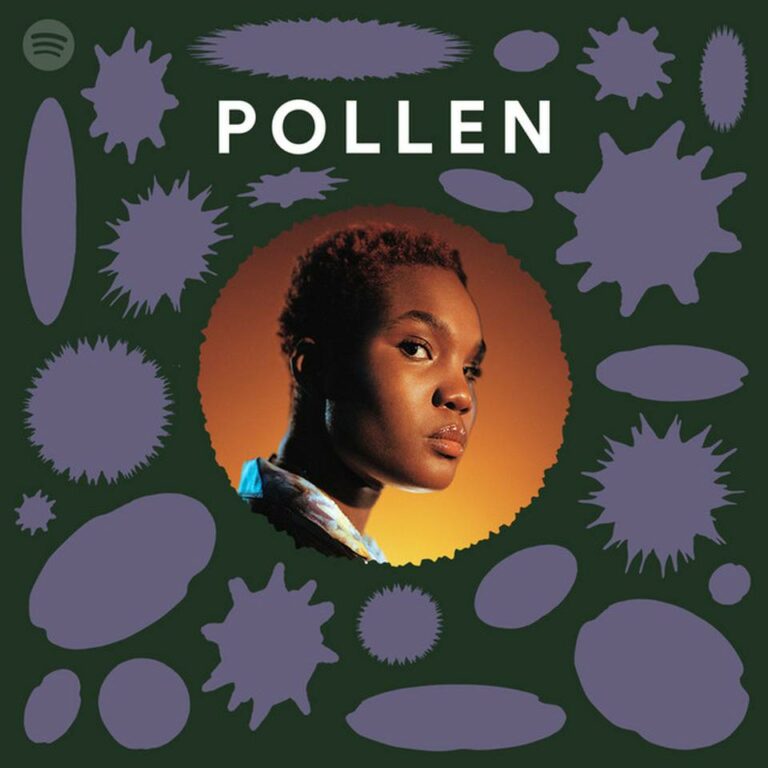 Pollen, one of Spotify’s most popular playlists, is said to have no genre. Recently, a Complex article stated that Pollen “has found success by not following any specific rule or formula.” A Billboard article echoes this, calling Pollen a “genre-less playlist” “where no rules apply.” The prevailing thinking, however, is simply wrong. If you peer into Pollen with Unbias, its genres and characteristics become clear.

This matters for more reasons than setting the record straight. If you’re an artist or manager and want to get a song onto Pollen or appeal to its followers, how can you do that? By knowing what the listeners want. And if your song doesn’t get onto Pollen, why not? Understanding how Pollen ticks can help you get music onto it, boosting your streams.

Once an artist knows Pollen’s biases and tendencies, they might gain a firmer understanding of its listeners and a better chance of making the playlist. And a stint on Pollen is great for the cachet, a sterling line on a rising artist’s musical resume. There has been all kinds of stories, too, about eye-opening spikes in streaming for artists who make Pollen. Common sense might suggest that making Pollen is good for an emerging artist’s career, that the added exposure makes a major difference. But what does the Pollen bump look like? Does making Pollen make a song more likely to become a success?

We took Unbias for a spin to scrutinize the data and find answers.

Unbias can analyze not only the sound files of the 170 or so songs on Pollen on a given day, but more widely. We used Unbias to consider songs across time, right on back to Pollen’s launch in September 2018. Putting the deep toolbox of Unbias features to work, we performed a forensic analysis of each of the 897 Pollen songs archived in the Unbias database. With a few clicks, the software can leverage charts, graphs, heatmaps, and more to learn everything about music (and for today’s post, Pollen).

To start, we used Unbias to produce a straightforward list of artists who have made the most Pollen appearances. The top 5:

How much time passes between song debut and Pollen appearance? Unbias determined that Pollen heavily favors newness. And not just new songs, but songs that are brand new, songs added immediately after their release. Nearly half (45 percent) of Pollen songs are added to the playlist within two days of release. The median Pollen song lands on the playlist within two weeks of coming out.

Like any musical artist or critic, Unbias can dissect and study songs. It does this, of course, in a completely different way than a person. Our software was designed to scrub songs of every last bit of information, probing and measuring music’s technical elements to determine how likely each song is to reach a wider audience  — and why.

Unbias can discover information about broad trends. For example, the average Pollen song is 107 BPM and lasts exactly 184 seconds.

More narrowly, Unbias’s AI can gauge more than 700 features for each song it analyzes. This is the software’s secret sauce. For instance, Unbias can identify a song’s bpm, range of loudness, length, key, and even hyper-focused features like whether a song contains whistling. Not only can we identify instrument and voice, we can also identify genre and whether a song is male or female, emotional, energetic, epic, or funny. The ability to effortlessly strip a song into hundreds of nuanced parts is what makes Unbias so accurate. It can predict whether a song will be a success with more than 80 percent accuracy.

We turned these analytical searchlights on not only Pollen, but other similar playlists. Unbias also scraped the catalogs of Lorem and Butter. It dug into playlists more removed from Pollen, like Ultimate Indie, Fresh Finds, Tear Drop, and State of Jazz. All in all, our software examined a total of 8,000 songs from its library. The ultimate goal was to determine, from a purely musical perspective, what kinds of songs make playlists that drive streams and growth. Are there certain features — maybe horn, maybe the presence of a monologue, maybe even genre — that increase a song’s chances?

Unbias extracted the 700 features from each song. It did this as the AI “listened” to to each track, pulling data from every corner of the audio files.

If using the Premium plan of Unbias, the AI can then assign a number from 0 to 100. A higher number means more confidence that the song will be a success. Each of the 700 categories gets a number, and contributes to the overall success of the song. If the AI grades a song as 65 for “genre_funk,” then it is 65% confident that the song has this feature.

The Genres and Features of “Genre-less” Pollen

Unbias can also create what are called violin charts. For each prominent musical feature, these charts use watercolor-like lines along the X-axis to convey information about that feature. Look closely, and you’ll see that each horizontal stroke consists of many dots.

For a given feature, say “funk,” each of the 897 clustered dots corresponds to one of Pollen’s 897 songs. A song’s dot represents where it falls for the specific feature in question. The chart’s streaks (made up of many dots) are blue or red. A blue dot means a song lacks that value (meaning it has a low presence of funk). A red dot means the song has the value (this is a funky song). Dots that fall right of a gray center line indicate something more: that the presence of the feature under study (or its relative absence) will increase the song’s chance of making Pollen.

A 50-feature violin chart gave us a sense of Pollen’s favorite song qualities. Anyone who has listened to Pollen will recognize the top ones instantly. Will a song make Pollen after its release? These are four of the many definitive features from the violin chart that maximize a song’s chances.

1. Chill. A song that the Unbias AI deems chill has much better chances of making Pollen.

2. Pop. One of the most important features, pop has high value (red) left of the center line. This means a pop song is less likely to make Pollen.

3. EDM. The same is true for this genre, which also falls to the left of the gray line. EDM is a genre that Pollen doesn’t like.

4. Funk. Unlike pop and EDM, funk has a concentration of red dots to the right of the center line. Pollen favors funky music.

Reading down the violin chart’s many features, a user of Unbias can know Pollen’s preferences.

The bottom line is that though Pollen braids many varied genres, the popular playlist has a clear preference for some. Pollen is eclectic, sure, but it does have knowable genres.

Unbias can also delve into the data and determine how artists benefitted from getting their music on Pollen. The software is able to tell us that, yes, as you probably expect, making Pollen leads to growth in streams for a song, especially compared to a song making other playlists.

Unbias can quantify this post-Pollen growth.

In the 30 days after a song makes Pollen, it sees, on average, a 197 percent growth in playlists. This is multiples beyond growth seen after a song makes the other playlists mentioned above, which see 75 percent growth (median). For the record, this analysis is based on a sampling of songs and considers the first 60 days after release. Pollen songs make an average of 58 total playlists in their first two weeks (see chart above).

The Bottom line: Pollen has genres, and making Pollen gives an artist a boost. Unbias can help you understand Pollen and playlists, which music charts, and what makes a success story.