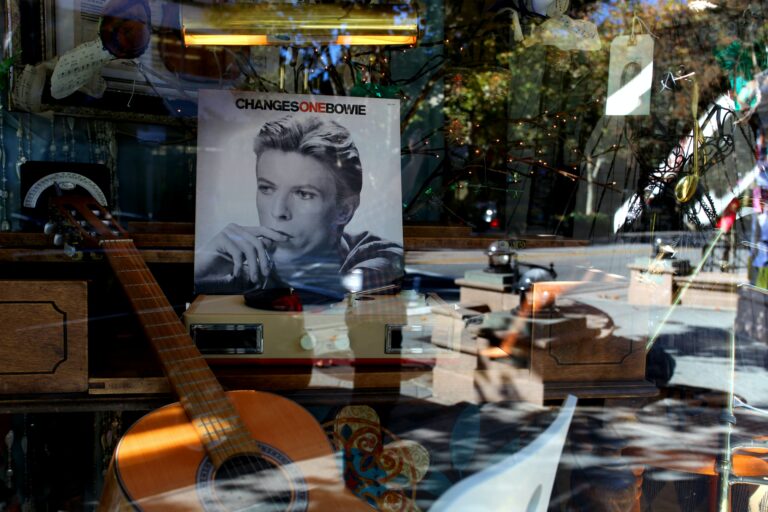 Securitization has been around since the 1970s, but it wasn’t widely used until the 1980s. The next decade saw a boom thanks to new rules that allowed companies to sell their loans as bonds (and therefore get rid of debt).

Bowie bonds are one of the most famous examples of securitization.

Interest in music royalty investment peaked around the early 2000s because of the success of Bowie Bonds. These bonds, backed by David Bowie’s royalty streams, created excitement by creating a new financial product that could merge finance and art. Below is an excerpt from Nicole Chu’s 1998 Paper: Bowie Bonds: A Key to Unlocking, the Wealth of Intellectual Property – Hastings Communications and Entertainment Law Journal

On January 31, 1997, David Bowie broke a new frontier in financing by selling $55 million in bonds backed by future music royalty payments and copyrights. Music royalties and copyrights had never previously been securitized due to the uncertainty in predicting future cash flows.

The David Bowie securities (“Bowie bonds”), offer a 7.9% interest rate with a 10-year average life and a 15-year maturity. The bonds are backed by royalties on a twenty-five album catalogue consisting of about 300 songs of Bowie’s recordings and song copyrights.”

EMI Music provided the credit enhancement necessary for the securitization, resulting in an A3 investment grade by Moody’s Investors Service. The bonds were “snapped up” by Prudential Insurance in a traditional private placement.

As a result of this deal, David Bowie has topped the charts as the richest British rock star with an estate worth an estimated $917 million.

A royalty is a payment made to a party that owns a particular intellectual property for the right to use it. Royalties exist in many contexts like oil and gas, drug licensing, book publishing, art, music, and more.

Songs create intellectual property, or copyrights, that grant rights and give holders royalties. Two copyrights are created for songs – one for composition and the other for sound recording.

An artist sells their rights to receive certain future monies for a limited period to a newly created entity, generally known as a special purpose vehicle (SPV). The SPV then issues bonds to investors to generate present cash flow for the artist.

Investors receive interest and principal back from the royalties income stream, now held by the SPV. This allows the artist to utilize present cash flow to run their business for things like music promotion, thus giving them more ability to increase their long term cash flow.

David Bowie composed, recorded, and performed the majority of his music by himself. This means he was the songwriter, performer, and publisher, which gave him the right to collect all royalties for the use of his work (both composition and sound), without having to share it with other parties. This is rare in today’s music industry. Because of his ability to do this, he used the process of pooling assets together to create Bowie bonds, and sold his music royalties as securities.

The income from Bowie’s royalty streams, music copyrights, licenses, and sales, were predictable enough to merit a strong case for securitization. At the time, Bowie consistently sold one million CDs, cassette tapes, albums, and singles worldwide each year.

His catalog of musical compositions had existed for the past twenty to thirty years, creating a strong performance record for investors to predict whether the cash flow would continue to pay off the bond at maturity. This made Bowie’s catalog an ideal asset for securitization.

Unfortunately, due to struggles with piracy in the large 90s, Moody’s downgraded Bowie Bonds, and music royalty-based bonds did not take off as many predicted.

Although Bowie bonds were paid in full in 2007, the challenges experienced by the music industry in the early 2000s meant that no new royalty bonds were securitized. Goldman Sachs tried to launch a royalty bond backed by Bob Dylan’s royalties in 2012, however, they were unsuccessful in obtaining enough interest for a $300 million raise.

Although there is still a market for investment in historical royalties that have been around for 30+ years, securitizing big artists has proven to be expensive, and it has to be done at the right time with the right artist and the right investors.

With innovations today, there are now ways to capitalize on music from the beginning of release. At Unbias, we’re merging investors, everyday music listeners and artists to invest in music royalties during the first few years of release, when most streams occur.